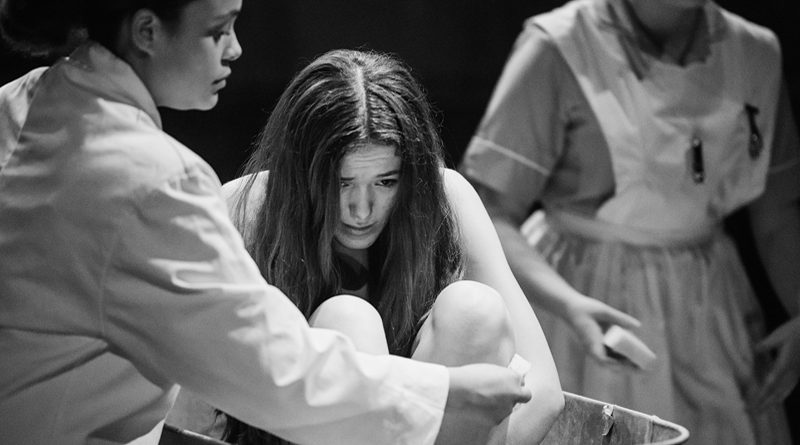 “You have to remember not to remember” is one of the more resonant lines in The Lives They Left Behind, an outstanding piece of youth theatre presented by North Kent College as part of the fringe programme at the Brighton Open Air Theatre.

Showing original thinking with their choice of material, the company documents the experiences of staff and patients across 100 years at the Willard Asylum on the shore of Seneca Lake in upstate New York. Seeing the actors deal so skilfully with a little-known story from a different continent and era, and using it to make broad points about mental health was the highlight of my month of culture in Brighton.

The Lives They Left Behind excels in naturalistic dialogue, discussions between characters that often have the effect of counterpoint singing and particularly group movement with the patients forming intricate geometrical patterns (even creating a cat’s cradle) as an unconscious nod to the order that their warders are trying to impose on them.

The doctors’ analysis of patient problems with social interaction feel modern and often touch on behavioural issues that we would now place on the autistic spectrum. A sequence in which nurses initially try to restrain difficult inmates before the movements develop into a dance makes the point that we are all on the threshold of madness. An outstanding vocalist floods the amphitheatre with “It’s Only A Paper Moon”, the song being poignant because its lyrics are a plea by somebody experiencing self-doubt. These moments will stay with me for a long time. 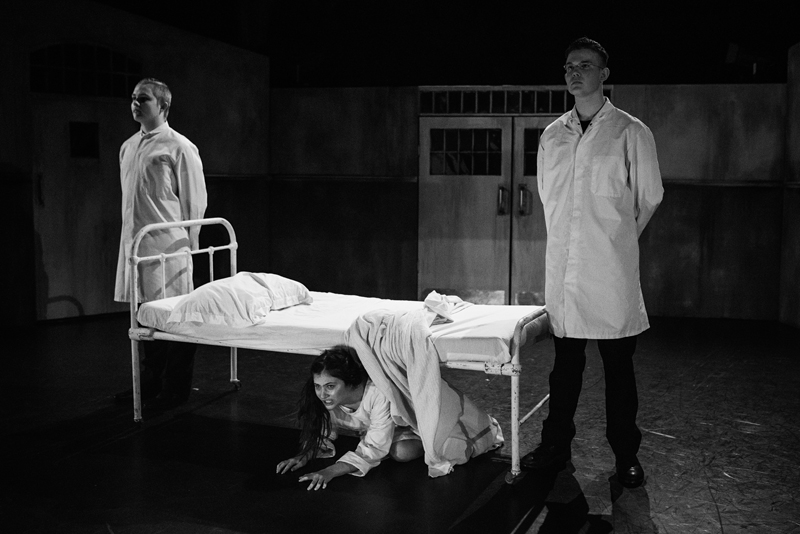 The Lives They Left Behind by North Kent College.Photo credit: Rhianna Ingram.

Criticisms? Patients were allowed newspapers (and are even shown reading them) so I should have liked more references to two world wars, Vietnam, Watergate and other global events. The patients may be isolated but they are not in a vacuum. The historical sweep is huge; Lincoln signed off the initial plans for the asylum and we advance right up to the Clinton years. However, the company avoids the cardinal sin of a strict chronological order which might have been plodding and the presentation is all the better for being thematic.

There is a devised element and you feel that every student has made a contribution. We get a broad perspective but also focus on individual broken lives no more hauntingly than when watching the asylum’s self-appointed gravedigger. He wants minimal contact with his fellows but will treat them with dignity in death.

Goon warders inflict ice baths and there is extended use of the hydrotherapy popular pre- WWII. Barbaric treatments intended to render adults childlike are all the more poignant because the performers are young. An exceptional actor portrays Walter Freeman, pioneer of the infamous transorbital lobotomy. In his heyday, Freeman toured asylums hacking at up to a dozen brains a day. He used picks from his own kitchen and carpenter’s hammers. Skill in depicting this left nothing to the imagination and had us all squirming. You lost your madness but also your personality in the process.

If there is a takeaway from the Willard Asylum it is the fundamental decency of the residents, their altruism and solidarity as a group. The script reminds us that insanity does not respect social status. North Kent College is a state school in a catchment area near the Thames Estuary that is by no means affluent. It has no special funding for drama and has mounted the play with sheer energy and tenacity. 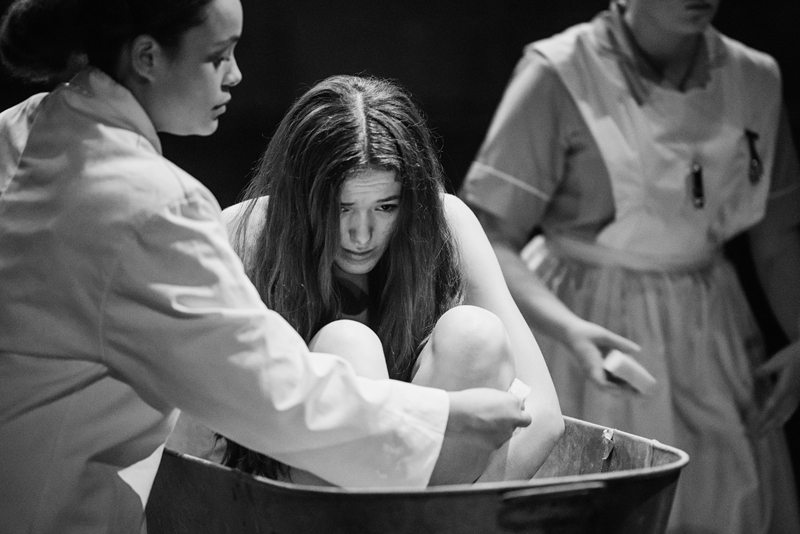 The Lives They Left Behind by North Kent College. Photo credit: Rhianna Ingram.

Generally, I noticed less enterprise in terms of location with few companies creating site-specific projects or using found space. A pleasing exception was Power Plays, a series of four pieces in an apartment with a focus on gender equality and women in theatre. Unless I missed a lot in this genre, verbatim theatre using documents, recorded minutes, witness testimony and speeches from real events has also fallen out of fashion. It’s a modish well that young directors in a hurry may have dipped into once too often but the form has always appealed to me. The half hour I spend distributing flyers for a friend of a friend is profoundly depressing. Few people will take them (there may of course be something wrong with my technique) and festival-goers now want to save the planet and expect you to be more savvy by using social media.

I return home having ignored every lesson absorbed from previous festivals, indiscipline that now prompts me to list the Plays International & Europe guidelines for staying sane in Edinburgh. Go to a maximum of four pieces a day. Engage with performers hawking their shows but run a mile from any young person who so much as mentions Stanislavski or claims to have ‘reworked’ Shakespeare. And Bogart’s pronouncement in The Maltese Falcon holds true for theatre publicists; the cheaper the salesman the gaudier the patter so beware of promoters talking loudly in lounges about how well their show is doing. Combining theatre-going with people watching underlines one lesson: David Mamet’s maxim holds true for interaction between performers, agents and venues in the competitive environment that is Edinburgh. Everything can be analyzed in terms of “Who wants what from whom and what happens when you get there?” 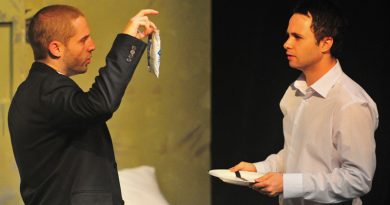 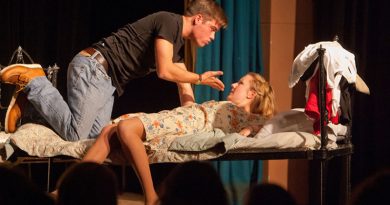 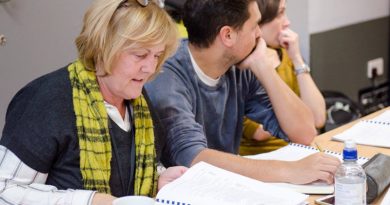