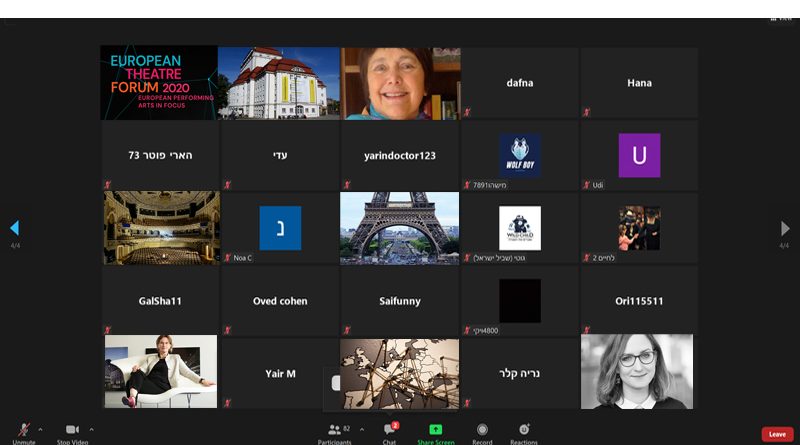 The European Theatre Forum: A Report by Dana Rufolo

Under the auspices of the German EU Council Presidency, the first European Theatre Forum ran a three-day Zoom conference using the Staatsschauspiels Dresden (Dresden State Theatre) as the delightful virtual background (there was even a “secret staircase” as one meeting venue) from 11 to 13 November. The forum, subtitled “European Performing Arts in Focus” was dedicated to finding ways of reversing the destructive impact of Covid-19 on the European theatre scene. Simultaneously, the forum was a call for solidarity and unity of purpose in the face of adversity and a call for “greening” the performance sector. To my surprise, it offered dozens of young or small theatre companies and a plethora of groups, agencies, and organizations that deal with theatre – from fifteen-year-old “Fridays for Future” theatre activists based in Dusseldorf all the way up to the participation of Thomas Ostermeier, the artistic director of Berlin’s internationally acclaimed Schaubuhne – to meet virtually, find out about one another, exchange honest opinions, and discuss how to implement permanent changes that protect state-sponsored and independent theatre companies and artists.

I write that the forum was a “surprise” because initially it looked set to reproduce the very errors of habit that many of its attendees, especially the younger ones, criticized. During the three days of interacting, the young artists reported being tired of seeing the same people occupying the positions of power year in and year out and asked that power be shared. They expressed disappointment that issues were raised, but solutions were never forthcoming.

These pointed criticisms of the old power elite – and nobody denies that European theatre has its unwieldy elite – came out during the first day of the Forum when participants were invited to join small discussion groups. And the second surprise was when the discussion leaders urged that we all, during the three days of conversation and meetings, continue to focus on how to implement change and alleviate fossilized outworn structures. Theatre personalities, companies, actors and performers, heads and members of theatre institutions talked without censorship about the hardship of lockdowns during the pandemic and also about the perennial need to balance creative projects and ﬁnancial support even in the best of times. 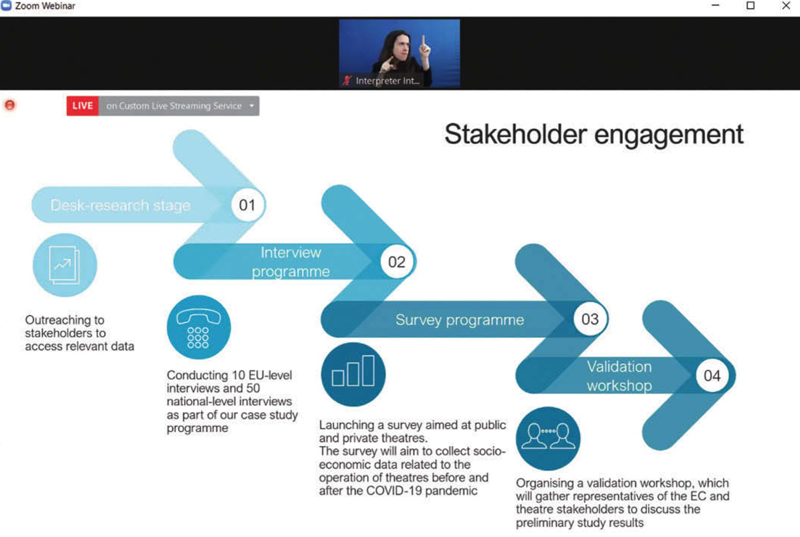 The PowerPoint image of the theatre study plan from Rasa Goštautaitė as presented at the European Theatre Forum.

On 13 November, day three of the European Forum, attendees were invited to listen to and participate in a Q&A session on the theme of theatre as public space. First, the architect Francine Houben, creative director of Mecanoo Architects in the Netherlands showed images of the many theatres she has built as public spaces all around the world, always emphasizing access to street audiences and functional flexibility. Then, in what was a reinforcement of the traditional gender roles that this forum is aiming to deconstruct, Angelica Liddell, founder of the Atra Bilis Teatro of Madrid, represented grassroots theatre unsupported by serious government support and Thomas Ostermeier, artistic director of the Schaubuhne of Berlin, represented an important house within the best-funded European theatre system — Germany’s; their panel addressed the contesting vision of theatre as creation and theatre as an expensive cultural art form. Liddell argued that artists only have a responsibility to their “own spirit” to “put us back into contact with what makes us human beings.” For her, theatre springs from an analphabetic human world of sentiments, rituals, sacriﬁce, and tragedy that has no responsibility to anything except the artist’s vision — not even to “a democratic context.” Both participants concluded, as Ostermeier said, that above all theatre happens in “three-dimensions”: theatre artists are passionate about “being in front of the audience” and breathing with their audience.

The Study “The Situation of Theatres in the EU Member States”

A statistical and scientific study of the impact of Covid-19 on the performance industry was undertaken under the auspices of the Commission of the European Union. The study, requested by Barbara Gessler of the European Commission’s Creative Europe unit is titled “The Situation of Theatres in the EU Member States” and was awarded to the Public Policy and Management institute (PPMI) of Vilnius, Lithuania in collaboration with a European project design institute specialized in culture located in Brussels called KEA European Affairs. Rasa Goštautaitė, a researcher at PPMI explained that the study’s purpose is “to provide a comprehensive mapping of the social and economic profile and impact of the theatre sector in EU member states”, by collecting data “to bridge knowledge gaps about the theatre sector”.

I initially believed that this study has little to do with the vibrancy and immediacy of the theatre arts and was the sort of bureaucratic exercise for which the EU is often criticized. When l saw the scope of the study — the relevance and timeliness of the problems it addressed — however, I changed my mind. There is an unmistakably serious and appropriate intent to democratize the playing ﬁeld, with the study potentially providing more inclusive guidelines for financial and legal support of performers and the performance arts. In other words, for once obfuscation was absent; the researchers were asking the right questions and are genuinely looking for solutions, ways forward. For instance, the study recognizes that there is a “low bargaining power of artists towards ‘gatekeepers’” that often leads to “unfair compensation of creators and performers” and, as well, that there is a “disparity of treatments across EU countries in relation to social security issues”. Other hitherto under-discussed issues were brought up as research topics, among them the comment by KEA’s Clémentine Daubeuf that “theatre is very language-based” and hence mobility across national borders is problematic; ways of overcoming the language barrier need to be invented. Also, ways need to be found to reduce the environmental footprint of theatre productions, to foster sustainability, to achieve diversity not only on stage but also in the programming staff and in the leadership of theatres — so, at all levels, these are the genuine challenges of our contemporary era. The study promises to make recommendations on how to reverse these problems as soon as the extent and nature of their manifestations is properly ascertained through research and fact-ﬁnding missions.

The Dresden Declaration: “Theatre and the Performing Arts in Today’s Europe: Values, Challenges, and the Way Forward”

The Dresden Declaration was chiefly crafted by Heidi Wiley, Executive Director of the European Theatre Convention (ETC), located at Berlin’s Deutsches Theater. From what l can tell, the ETC is somewhat similar to the Union des théàtres de l’Europe, which I wrote about in the Spring 2020 issue of Plays International & Europe. (I admit that there is a profusion of theatre organizations and a plethora of similar but distinct groups in the European performance world, and it will take me several articles on the subject of EU-European theatre before I am conﬁdent of speaking with expert knowledge about the various groups, their hierarchies, and their distinct functions. Their website claims that they are a “network of public theatres in Europe” with “42 European members from over 25 countries, reﬂecting the diversity of Europe’s vibrant cultural sector”. They receive funding from the EU’s Creative Europe.

The Dresden Declaration was embargoed until the conclusion of the European Theatre Forum, I presume because it purports to provide a philosophical perspective to the forum based on careful listening to what people were saying to each other during the three days of online interaction. Its conclusions are eloquent and circumvent that cloying language of power and commerce that seems to have invaded every aspect of our daily lives. The Declaration states that theatre and the performing arts are forms of artistic expression that “captivate minds, stimulate reflections and foster aesthetic growth”; these arts reveal and generate “the beauty – in all its senses – of the world we live in.” Theatre’s coin is value, and its value is social – practising the performance arts fosters democracy, enhances social cohesion, stimulates critical thinking, nourishes empathy and imagination, promotes intercultural dialogue, and will be “vital” for “healing social fabrics in the post-Covid reality”. Well! That’s a change from being told that one’s bank account is multiple-digit enough to warrant being a preferred customer without being informed who is doing the preferring and why their preferences should matter.

The Dresden Declaration continues by discussing the pandemic and recovery afterwards. It concludes pragmatically by suggesting that the “performing arts sector” has demonstrated a “European added value”. National and regional approaches to ”touring and co-productions schemes, funding strategies, educational programmes” and other outreach activities would proﬁt from a “coordinated European vision for the sector’s recovery and sustainable future.”

I personally am not one who admires institutions and institutionalization, but bets are out that the “way forward” that this Declaration urges may possibly make future European directives more beneﬁcial than harmful to the creative wellspring and psychosocial wisdom that are the unchartable characteristics of the performing arts. Certainly, this manifesto sounds gentle on the ears and gives grounds for hope. 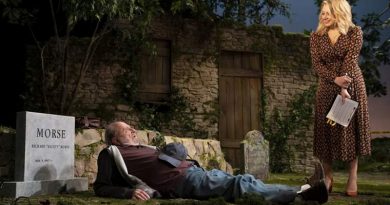 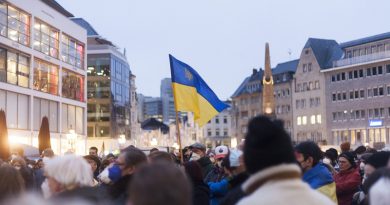 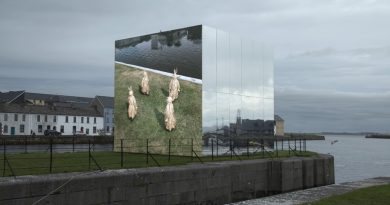 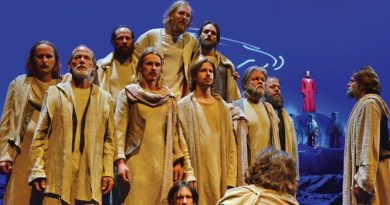 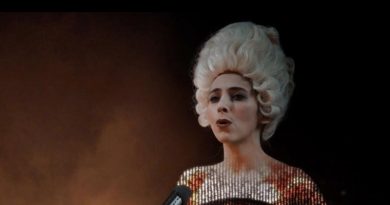 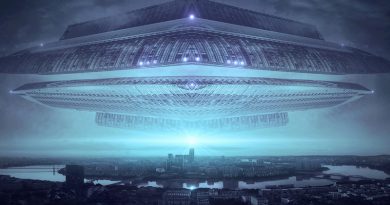