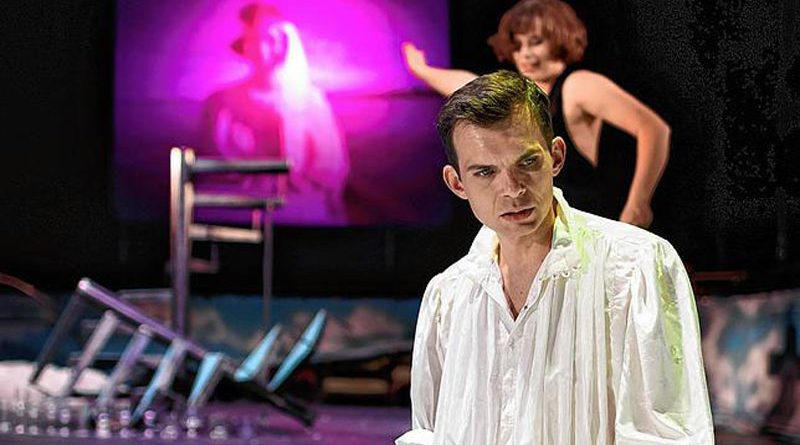 Extracting a two-hour long play out of a one thousand-page novel is always a forceps birth, and every dramaturge or adapter wrestles with the problem in her or his own way; Armin Petras, who is responsible for the adaptation of Anna Karenina (with that four-letter word “nach” yet again!), has retained the personality of the original in an honest way; the body of the original novel is there, and its core has been sculpted out of the mass of details that would overburden a drama. 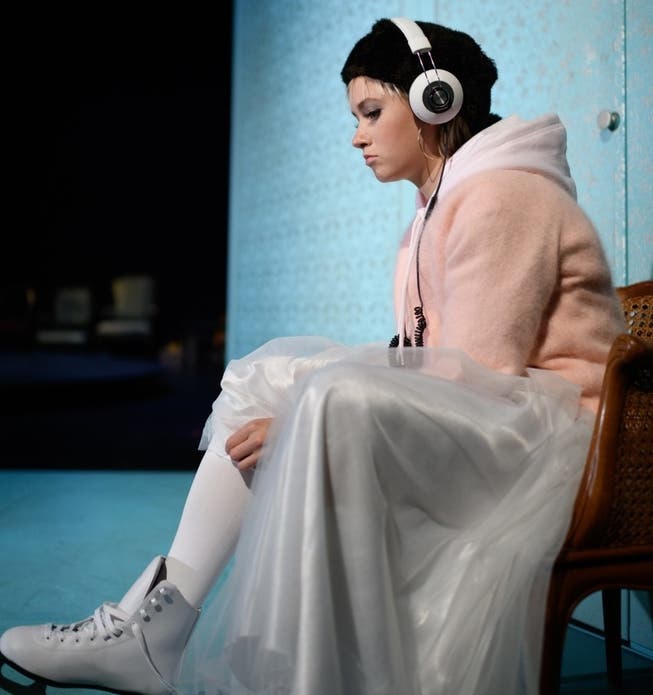 Essentially, Anna (Kristina Lotta Kahlert) succumbs to Vronsky (Sven Dolinski) as she always has and always will; Kitty (Pauline Werner) is won over by Konstantin Levin (Ioachim-Wilhelm Zarculea) who in this version sees himself as “hässlich” or “ugly” though as love takes over he is in her eyes a “bear” of a man, a masculine image; Dolly (Tülin Pektas) claims to be sick to death of being a mom but adores her children and tolerates husband Stefan (Thomas Jung) all the same; and society (Russian/ Western/bourgeois) is a protagonist in its successful imprinting of its moral laws on those who are slavishly sensitive to the horrors of guilt once passion has died away. In this version, Anna’s own internalization of right and wrong is as much the killer as her lover’s impetuousness and restlessness.

If one wanted to be approximate, one could call this staging of Anna Karenina another example of the classical Brechtian alienation effect (Verfremdungseffekt), but I see the working of something subtler – I shall call it an “existential effect” for want of a formal or pre-existent term. The actors switch from introspecting out loud about their characters to staging scenes of conflict or emotional outburst lengthy enough to be dramatically satisfying for the audience – in other words, they are not show-and-tell scenes staged so as to support the stream of narrative but are moments of activity and assertion. The dual nature of this kind of “existential” character portrayal is further supported by the cast together simultaneously on stage for the most part; the characters which are not narrating or acting sit passively watching the action – not even really watching it, rather dozing. The effect of this detail is to create an ambiance where the action just goes steam rolling along, outside of human control, because each person is stitched tight inside her or his own skin, personal identity, and fate. 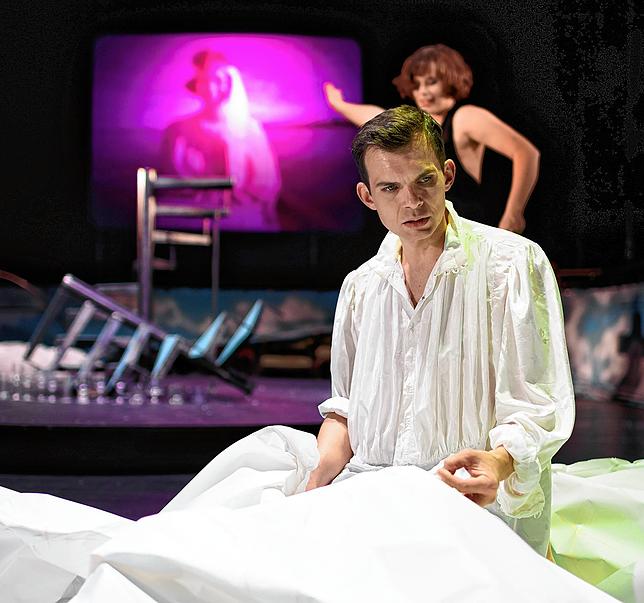 If you choose not to be seduced by the philosophical overreach of this production, you will nonetheless find reason to be enchanted by its lavish beauty. The women actresses particularly are beautiful without exception, their costumes (by Katrin Kersten) are divine, and Mona Kraushaar’s directorial emphasis has been on developing a flow of appropriate hand and arm action, gestures emphasizing words and phrases gracefully. The men too, though more stiff, have been granted a degree of expressivity and are apt to climb the stagey spiral staircase reaching into the heavens during key speeches. But overall it is a feminine world into which the men have tumbled, taking the audience along with them. We never witness the train accident suicides, neither the initial one which is significantly only reported, nor the final one; Anna merely describes what befalls her character while seated on one of the stage’s side benches that have served the characters as time-out in a society game all along.

You may ask why (other than the fact that I am presently living in Constance) I think it important to write, from time to time, about the theatre in this provincial town. German state theatres are linked through the system of subsidies they all receive; even a small state theatre such as the one in Constance contributes to the overall German theatre scene. One unexpected way by which influence spreads is through the monthly theatre magazine Theater Heute, which functions very much like a trade magazine; prior to the SARS-CoV-2 pandemic, nearly every German state theatre regularly took out a one-page or half-page ad in it to announce the programme of the current theatre season. There is a lot of copycat programming in Germany, and so even a small house may well influence the choices of an important theatre such as the Schaubühne in Berlin or the Thalia Theater in Hamburg. Additionally, actors tend to move from theatre to theatre throughout Germany (even if some go off to Austria or Switzerland) during their careers. Constance is considered a very good theatre to start at for young actors fresh out of acting school, and when they leave their referencing the Constance theatre keeps it in the active memory of the inevitable actors’ network they are a part of. So, covering Constance productions is justified not even as local reportage but as reflective of trends in Germany. 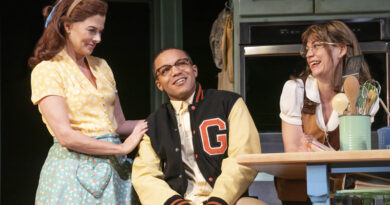 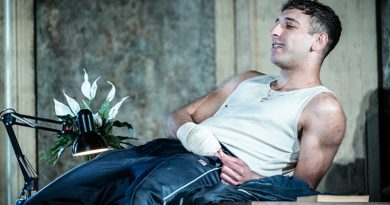 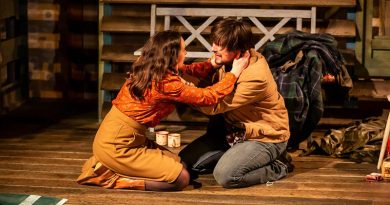 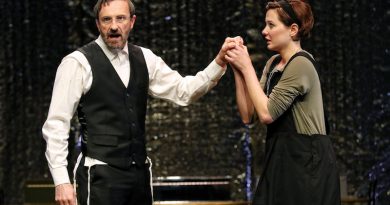 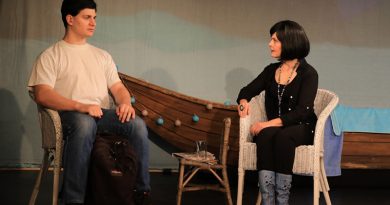