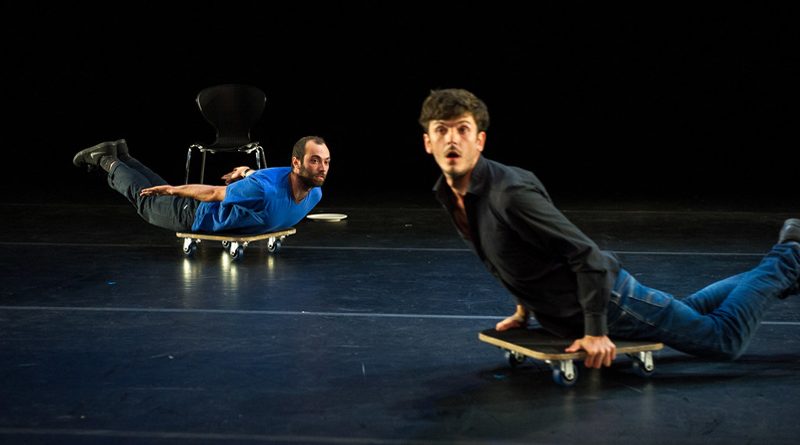 As part of the Brighton Festival, the Brighthelm Centre hosted Palmyra by Bertrand Lesca and Nasi Voutsas. The writer-performers use the destruction of architecture in the Syrian city by ISIS as the starting point for a discussion of power struggles and conflict resolution working in an improvised style that involves much clowning.

In the summer of 2015, jihadists captured Palmyra which has structures from as early as 32AD. Of Roman origin and so pre-dating Islam, the building remnants are considered idolatrous by fundamentalist insurgents.

In an oblique manner, Lesca and Voutsas argue on stage, with Lesca always getting the better of the exchanges. The action includes moving around on skateboards, smashing of ceramics and emptying of boxes of previously broken sculptures that I took as having come from Palmyra.

This action is slow, the physical business with ceramic fragments soon palls and the arguments between the two performers often descend into sub-Beckettian absurdism. Voutsas is the stooge and Lesca berates him with a stream of ridicule while putting us on edge by telling us we should take part.

I don’t know what this exercise is trying to do other than perhaps encourage broad meditation on organized militancy. It’s not lost on me that Palmyra once stood at an east-west crossroads of the ancient world equidistant from the Euphrates and the Mediterranean. Politics in this small region (particularly with the threat of proxy wars) may yet affect world peace. Had I found the clowning remotely funny I might have interpreted all this less literally. 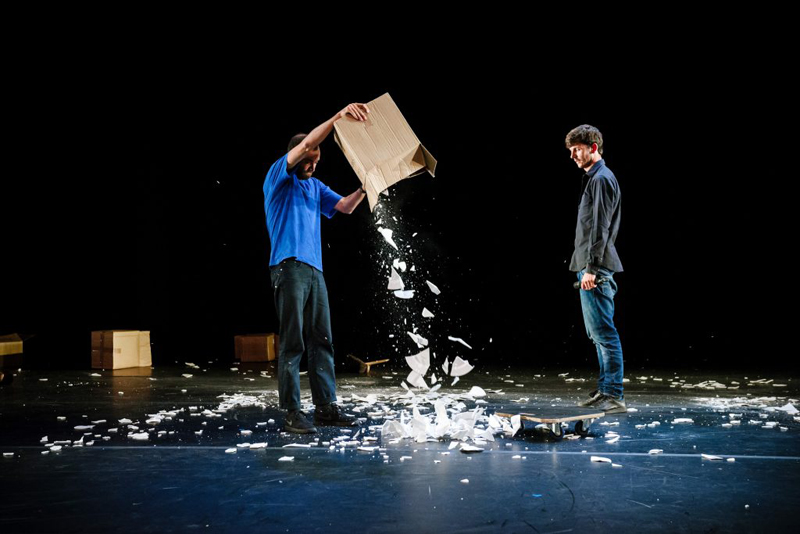 The play involves much spectator participation to the point of the actors suggesting that we should shape the whole direction of the work. I would back the theatrical literacy of a Brighton Festival audience against all-comers but we seemed to go up blind alleys. The performers’ attitude to us is mildly confrontational though nowhere near the deliberate strategy of embarrassment used by Belgian company Ontroerend Goed.

When French-born Lesca began to quiz people at random about their knowledge of Paris and asked a Francophone student how well she knew the poetry of Verlaine and Jacques Prévert I would have headed for the door had I not been on a press ticket. (Earlier, Lesca has told Voutsas that only people who are saturated in poetry are welcome.) 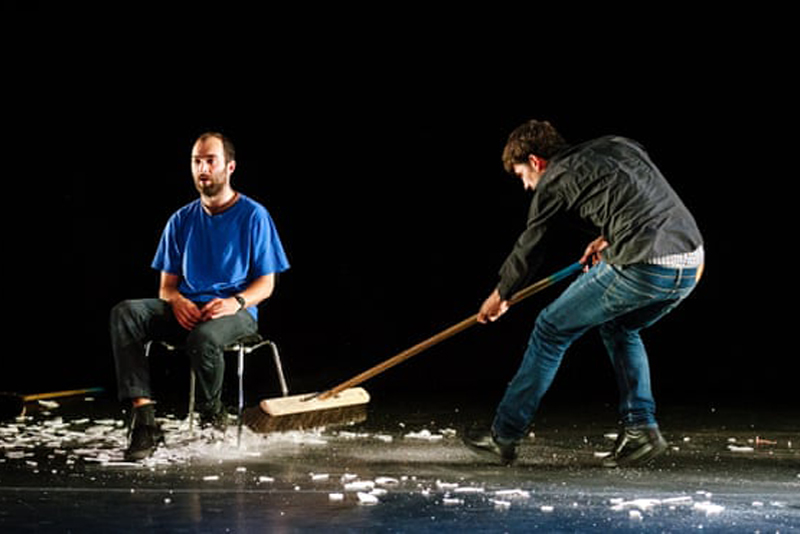 Palmyra may be an allegorical springboard for evaluation of many types of religious strife including the Balkans and sectarian tensions in Ireland. You certainly couldn’t accuse this piece of being prescriptive. But perhaps this is the problem? If ISIS really is the topic and it’s to be analyzed on stage, a wilfully obscure set of musings anchored on spontaneous (and at times flippant) contributions from confused audience members seems reprehensible. Events at Palmyra illustrate such a stark duality of outlook that they should be treated in unambiguous terms or not at all. Lesca and Voutsas hitch a ride on events of global importance and by ducking serious debate they trivialize them.

The fighting at Palmyra included air strikes, use of gas, and execution of Syrian soldiers on the steps of the amphitheatre by ISIS recruits as young as 13. The area is still being cleared of mines. Some day, theatre-makers may discuss the topic responsibly, put it in perspective and contribute in a small way to solving an ongoing issue that even the most optimistic analysts predict will last two generations. This project is not it and one of my colleagues in Australia has been similarly underwhelmed. 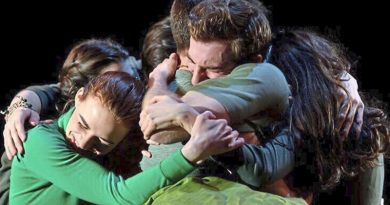 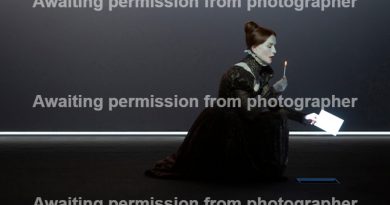 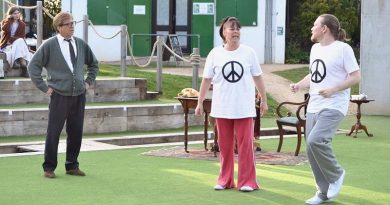 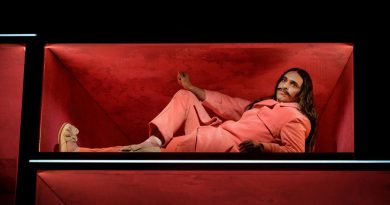 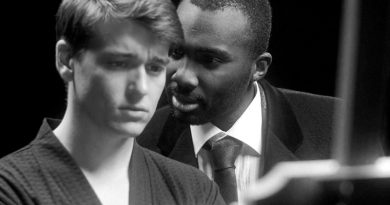 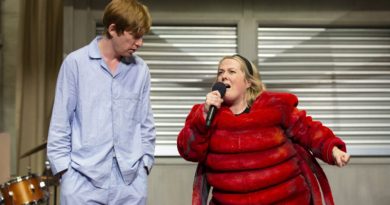