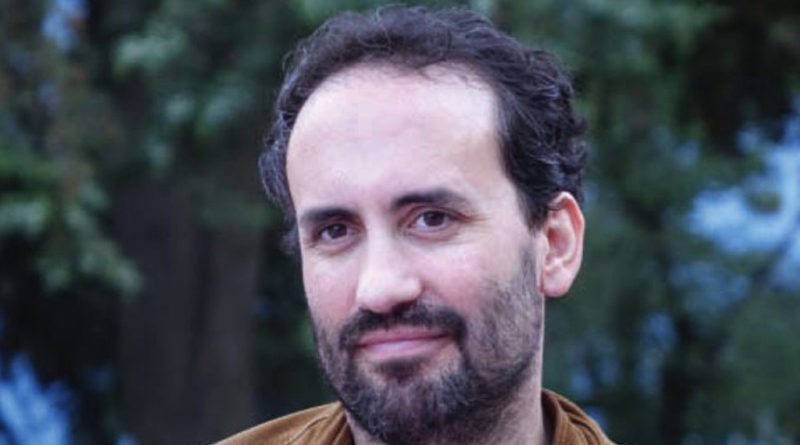 Rodrigo Francisco, artistic director of the Festival of Almada
Interview by Dana Rufolo

Rodrigo Francisco, Artistic Director of the Teatro Municipal Joaquim Benite of Almada (Almada Theatre), is also the artistic director of the Almada Festival. Along with the permanent theatre company, the Companhia de Teatro de Almada — which includes actors Teresa Gafeira, Miguel Martins, João Farraia, and Pedro Walter — he develops the annual festival programme by researching and visiting companies, some of which are subsequently invited to Almada if he believes that their work will be popular and meaningful to the festival’s mainly Portuguese audience.

As well, he invites international theatre personalities to the festival to run workshops that explore theatre history, theory, and practice. The German director Peter Stein, whose name is closely linked to the Berlin Schaubühne as he was its artistic director from 1970 until 1985, visited in 2015 to lecture young theatre people on “word and scene” and in 2017 the Norwegian actress and director Juni Dahr led an investigation into theatre as a “place of truth”, while developing a performance approach to two scenes in Henrik Ibsen’s Hedda Gabler. The transcripts of both of these workshops are published in bilingual editions by the festival committee, extending their outreach even further. This desire to facilitate access to the world of theatre in all its forms —  as entertainment, buffoonery, passion, tragedy, social consciousness, theory, and practice — characterizes Francisco’s dedication to dramatic art and his conviction that the theatrical experience kindles our conﬁdence in our human right to question the necessity and function of our social habits.

What is the history of the Almada theatre and the Almada Festival? Who are you?

We are a theatre company. During the year we run the municipal theatre (the Teatro Municipal Joaquim Benite del Almada); we work on our own creations, we welcome other theatre companies to come, and in July we organize this festival. I think what makes this festival different from many others is that it is organized by a theatre company — by artists who receive other artists. We put them in communication with our audience. The festival audience are the same people who come to our shows during the year.

But you didn’t found it thirty-six years ago – you were a kid then. So when did you come onto the scene?

I came onto the scene in 1997. I had no idea about theatre. I’d never been to a theatre show. l was born in Almada. l knew that this festival was going on, and l went to the Almada Theatre to ask for a job, a summer job. l was sixteen. And then I stayed, forever. l worked as a technician’s helper. l grew up with this festival, with the opening up of this new theatre; it was the life dream of Joaquim Benite. He invited me to be his assistant. I was his directing assistant from 2006 until he passed away in 2012. I learned everything there.

Who are you trying to attract to your Almada theatre festival?
Mostly people from Almada. lt was a working-class city when our company was established here in 1978. You had the shipbuilding industries down near the river. Nowadays it has changed, but we are not like Lisbon. We are surrounded by social neighbourhoods with people who came from the ex-colonies. During the year, the team from the theatre, we go to the high schools and to the neighbourhood associations saying, “Why don’t you come to the theatre; it’s not only for rich, old, and cultured people; it’s for you”. That’s our most important intention — to make people come. lt’s a festival that’s inserted into the community. We sell more than ﬁve hundred subscriptions to the festival so that for €75 they can see all the shows … which is next to nothing. But we know we are in Almada. We know we could sell these subscriptions more expensively, but then people from Almada wouldn’t be able to pay. 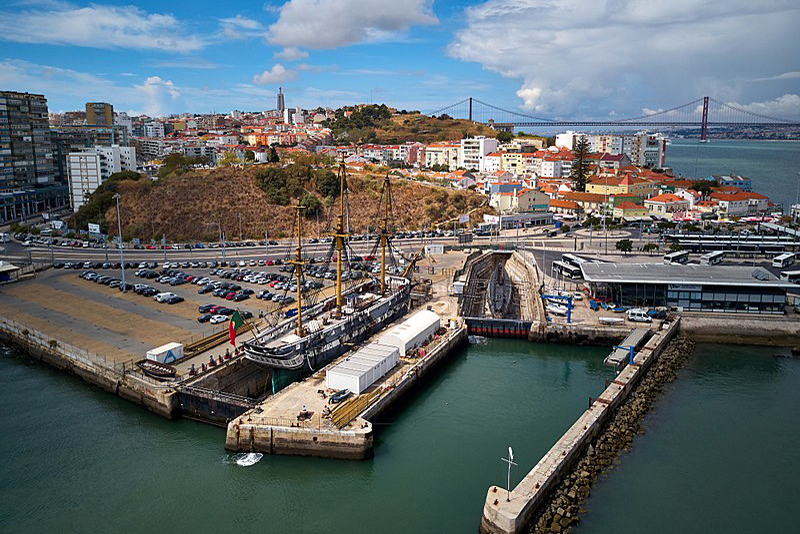 So why did you invite somebody international, Plays International & Europe for example? When l write an article about the festival, it will go around the world. Are you thinking of becoming more international?
Well, when l think of internationalization, l think we should bring the world to Almada. Not to export, not to have our productions go to all the same festivals that we know already. We want to invite the artists, the intellectuals, and the journalists. For us it’s that we want to get to know other people; it is not a question of being known abroad.

So you’re not looking to have Americans traveling here, not necessarily?
I’ve noticed that they’ve started coming. French also particularly, and they are very welcomed. But the festival is made for the people.

And that’s why you have the public prize where the audience chooses the play it likes the best?
Yes, it was the idea of the father of the festival, Joaquim Benite. l think it is a nice homage to democracy. You won’t believe that when this company was founded, we were still living under fascism.

Yes, this company was founded in a neighbourhood in Lisbon in 1971, and it existed for four years under the dictatorship. They put on very courageous shows against the situation. The fact that people can choose on the last festival night which play they want to see again in the following year is engaging the people in the festival itself. About seventy per cent of the audience are from Almada.

How do you get your funding?
From the Portuguese government — in Lisbon (we are a small country and we don’t have regions in Portugal). And from the municipality. And we have one sponsor, a foundation for educational projects (the Share Foundation). We organize with them the “Meaning of the Masters” series. This is the sixth edition — we will have Hajo Schüer from the German company Familie Flöz. They presented Dr Nest. In the past we’ve had Peter Stein. This year’s master class with Hajo is a mask-making session. 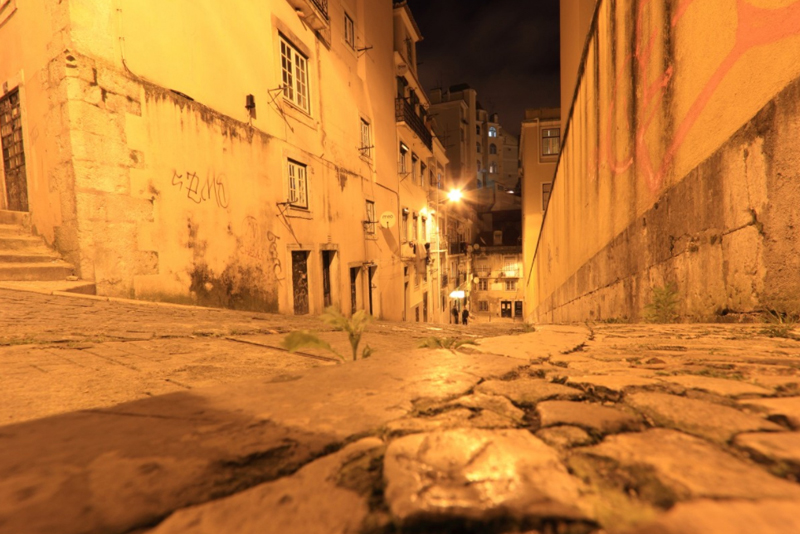 Has the community changed since you began your theatre projects here?
We are not working-class people anymore, because the industries are not here. Nowadays it is a city of people who mostly work in Lisbon in the services not in industry. l belong to the generation of the working class. My father was a tailor. What happened was that after the revolution in 1974, it was possible for my generation — l was born in 1981 —  to go to university. l was one of the ﬁrst in my family who actually could go to the university because before people couldn’t afford it. You had to pay, and only wealthy people could afford university. l found theatre and literature, there weren’t any books in my house, and I found a kind of salvation in literature. I had other worlds to live in. l wrote a play on that, Bookends (the idea comes from English poet Tony Harrison’s Book Ends). l write about the pain … in my play, a father and a son are like bookends; the more books the son reads, the more they move apart.

How has the festival changed the people attending? Have they become more philosophical or cultured?
No, not that, but they are more open to tolerating differences. In the beginning, the festival was not in this space (i.e. the Almada Theatre and the school Escola D. Antonio Da Costa with its outdoor spaces right next to the theatre). It was centred on the streets. There were performances in the streets to show people what theatre was. Many of the people did not know what theatre was. Now we have the open-air theatre that has six hundred seats, but in the beginning, it was in the old town of Almada for one hundred people. And the objective of the company from the beginning was to gain this new audience that was coming to see what these crazy men and women were doing in the summer nights of July. ln that way we were building an audience for the theatre work that we do during the year. For me, loving theatre is loving the audience. They are the most important people.

Do you consider yourselves to be practicing Political Theatre?
We had forty-four years of dictatorship during the last century, and it makes a difference in the way we the Portuguese are. We are very obedient. But l wouldn’t apply a Political Theatre label to our company. I believe every show is political because it challenges and interferes with the polls, with the people, the city. It gives the opportunity to see the world in other ways. Still, we put on more plays of Brecht and Shakespeare than any other authors. We are a theatre of ideas; we are quite a text-based company. But when l say, “We don’t do Political Theatre, we do theatre”, l know of course theatre can play a role in keeping memory and starting debate, inviting reﬂection. In Portugal, we have more than one hundred theatres subsidized by the state. That is one of the things still lasting since the revolution of 1974. At that time theatre played an important role; many of the people in the resistance were associated with theatre groups, and they tried to establish a national theatre that was destroyed by the liberals in the 1980s.

This interview was conducted in English. 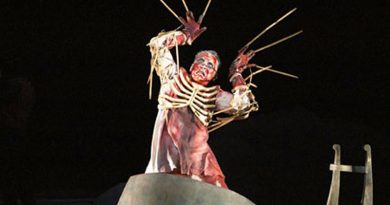 Rupert Goold of the Almeida Theatre 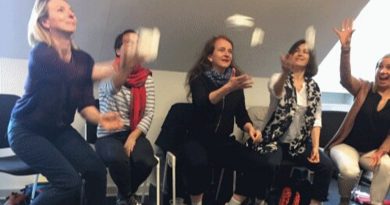 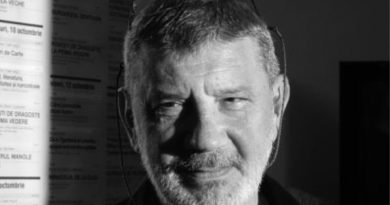 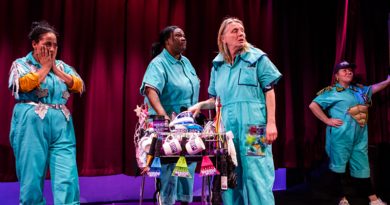 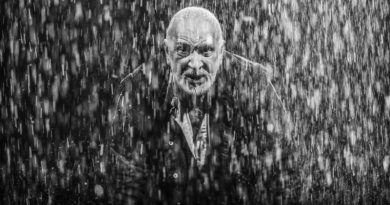 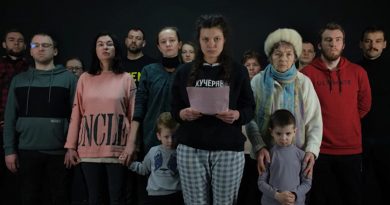