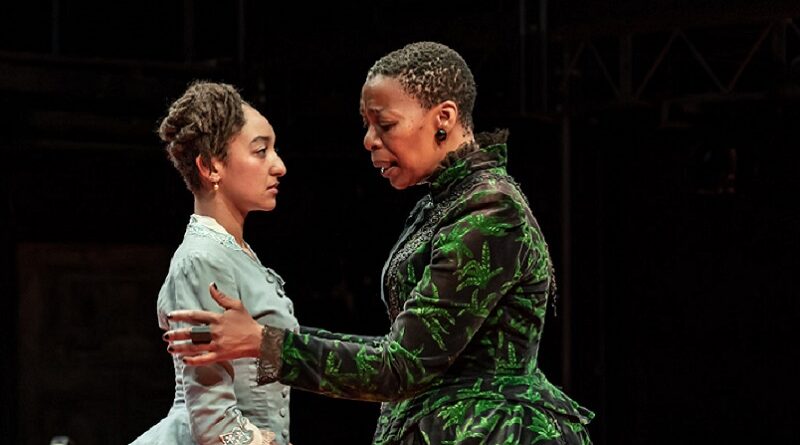 As we take our seats for James Macdonald’s production with design by Rae Smith, the titular house occupies the entire performance area until it is flown wholesale upwards and out of sight. Never mind breaking the fourth wall, it is as if all four have been broken at once and the audience have entered the action like giants who have removed the roof and begun to look in. Only the famed door remains. 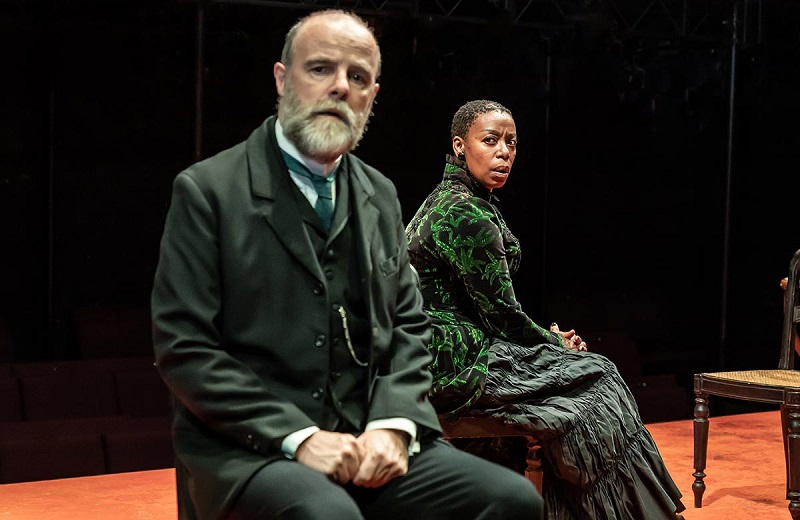 I wish this inventive start to Lucas Hnath’s 2017 play (it premiered at Costa Mesa, California, before a speedy transfer to Broadway) could have been matched by similar stagecraft later on, an empathetic central performance, spontaneity in the dialogue, and a conclusion that I could understand.

Nora (double Olivier-winning Noma Dumezweni best known for playing Hermione Granger in Harry Potter and the Cursed Child in the West End and on Broadway) has returned to the house she occupied with Torvald (Brían F. O’Byrne) 15 years earlier. She is now a blockbuster author under a pseudonym and her books have given many women such a sense of empowerment that they too have left their husbands. It’s to be hoped that her protégées haven’t also walked out on young children.

For reasons that need not detain us here, Nora now wants a divorce having realized that, possibly through not being willing to let go or admit defeat, Torvald never filed for whatever served as a decree absolute in late 1870s Norway. And yes, the play is set exactly where and when Ibsen placed it (the sparse props make this obvious) but Hnath allows the vocabulary to occupy an annoyingly anachronistic hinterland with use of modernisms such as “acting weird” and “being one’s best self”. 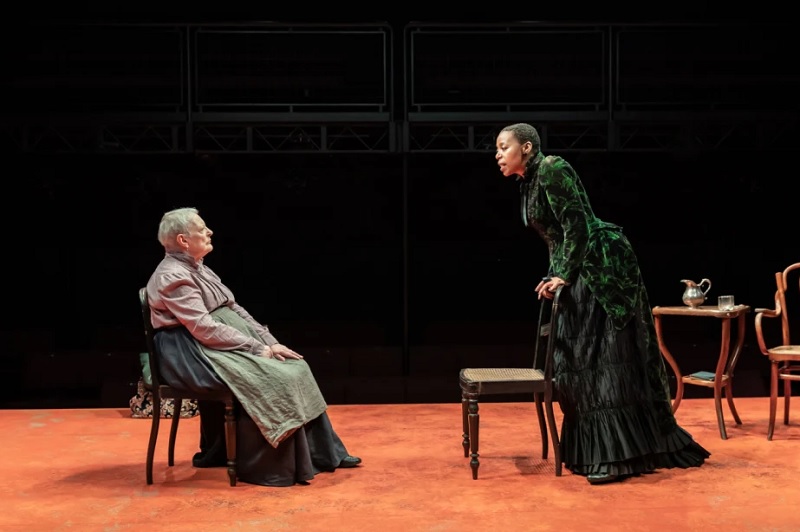 There is also a clumsy lurch early on into Anglo-Saxon four-letter expletives with no real evidence in the conversations that this would be a probable development. Most of these lines are given to June Watson as Anne Marie, the domestic servant who has done much to raise the children even at the expense of neglecting her own family. Watson, a consummate Scottish character actress, refuses to let the swear words weigh her down and it’s a marvel that Macdonald didn’t opt to trim them.

An interesting element is how Hnath sits deftly in the centre of the Overton window on sexual politics. Ibsen may have been one of the first writers to support women within the modern marital framework and expose inequalities, but he would surely be happier with the tag of “humanist” than “feminist”. He was always interested in individuality as much as gender.

Hnath illustrates how he has absorbed this in, for me, the strongest (certainly the funniest) scene of the play during which Torvald describes having bought one of Nora’s wretched autobiographical novels and disappeared to digest a thinly disguised version of himself. O’Byrne excels here in conveying the torture that is coming off the page at him and the decent if self-regarding elements to his character.

There are other significant plus-points, notably the performance of Patricia Allison as Emmy, Nora’s streetwise clear-sighted daughter who is now 19. Allison, best known for the current Netflix comedy-drama Sex Education, is compelling as she delivers lines that dissect her mother’s shallowness and pretensions. Other highlights are a series of wonderful door-slamming gags.

A major flaw is that there is zero chemistry – not so much as a retrospective glimmer –between O’Byrne and Dumezweni who are not credible even as a dysfunctional couple. Dumezweni is of course portraying a self-absorbed woman but even egotists have quirks. Macdonald and Dumezweni don’t work hard enough at finding a nuanced voice for her.

Nowhere is this more apparent than in the treatment of Nora’s novels which have supposedly captivated a generation of previously unfulfilled women but come across in the dialogue here as strident self-help manuals. As written by Ibsen, Nora could surely have been a powerful novelist. It’s symptomatic of the play that while Nora is portrayed as having written substantial books that have empowered women, she talks about them as though they are crass instant wisdom.

In this production at least, I don’t believe in her as a creative artist and should like to watch another version to see if the fault lies with Hnath, Macdonald, or Dumezweni. What I do know is that Hnath’s writing is never an assault on the patriarchy with a blunt tool and the production’s general lack of subtlety is down to Macdonald who is insufficiently forensic with it. Having absorbed myself in the original as prep, reflected on previous productions I’ve seen, and come to the theatre expecting much, this was a disappointing evening. 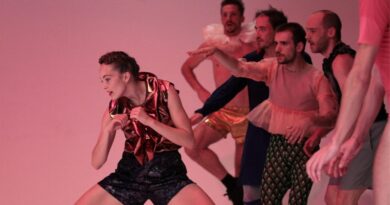 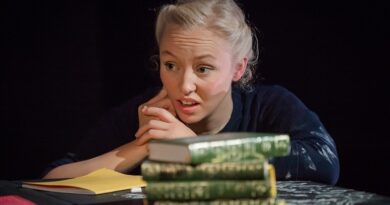 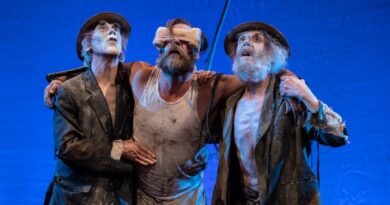 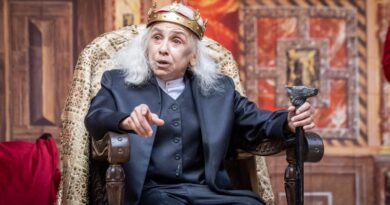 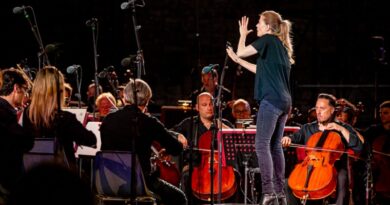 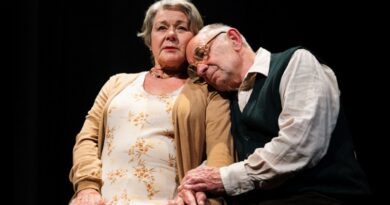