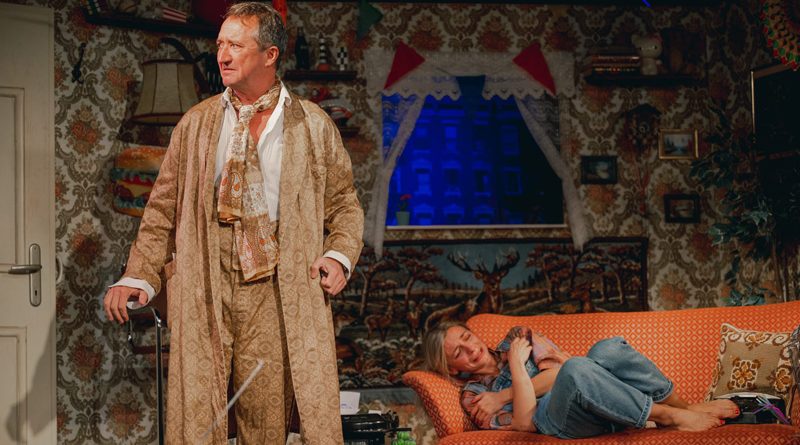 Bronski & Grünberg Theater is a popular venue in the city’s ninth district has opened again with a production that previously ran for only a few performances before it had to close due to a lockdown. 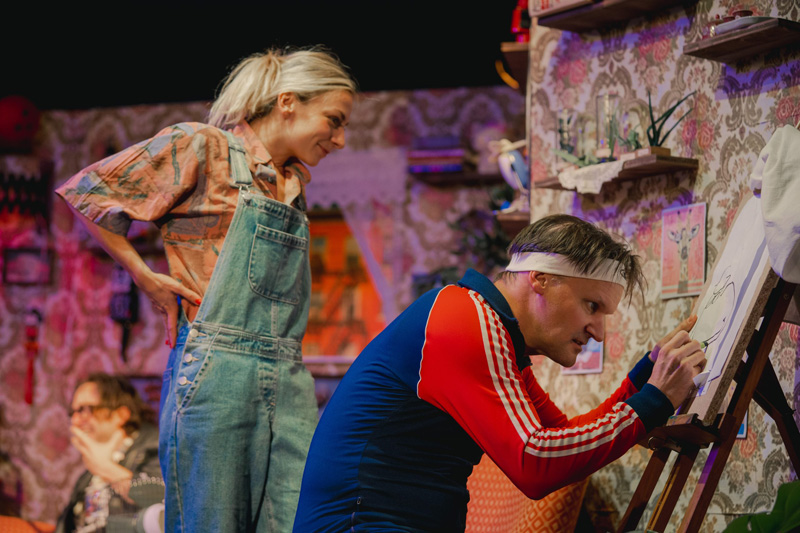 This new adaptation of Chekhov’s Uncle Vanya is written as a sitcom including laughter in between the dialogue, a cheesy theme song and background music at the beginning of each scene. Given the dramatic nature of the original Chekhov play, one might wonder how the company managed to turn it into a sitcom. The comedy lies in the characters and their complex relationships and desires.

In this adaptation, Wanja, Sonja, Doktor Astrow and Telegin all live under one roof but unlike the original play the dwelling is a city apartment not a country house.  Wanja (Gerhard Kasal) is portrayed as an unsuccessful author who sits on the sofa all day while Sonja (Julia Edtmeier) tries to cover the rent with a variety of jobs. She is portrayed as dominant, determined, but nonetheless humorous. Finally, Doktor Astrow,(David Oberkogler) comes across as an ambitious doctor who is so caught up in his career that he doesn’t notice that Sonja has a crush on him. The professor (Nicolaus Hagg) strikes us as a grumpy, arrogant, old man living next door with his young wife Elena (Agnes Hausmann). She is a self-confident but somewhat lonely young woman who spends a lot more time with the neighbors than with her aging husband.  Lastly, Telegin (Dominic Marcus Singer) is the smart observer who appears to be loyal to his friends but is distanced from what is happening between them.

Even though this appears to be a comedy, at a closer look, the drama lies in the characters. We have Sonja, who is the one in charge, but also the one that is secretly in love with Doktor Astrow who is also lonely because his world consists only of his work. Telegin appears to be the observer and the smartest of them all but a man who cannot acquire a life of his own.  Vanya is the most tragic character. His attempts as an author have failed and all he does is lounge around without any perspective. Elena must take care of her husband like a nurse, and the professor is old and wants to be alone most of the time.  The drama and inner conflicts of the characters are very much true to the original play but you have to look closely for this. 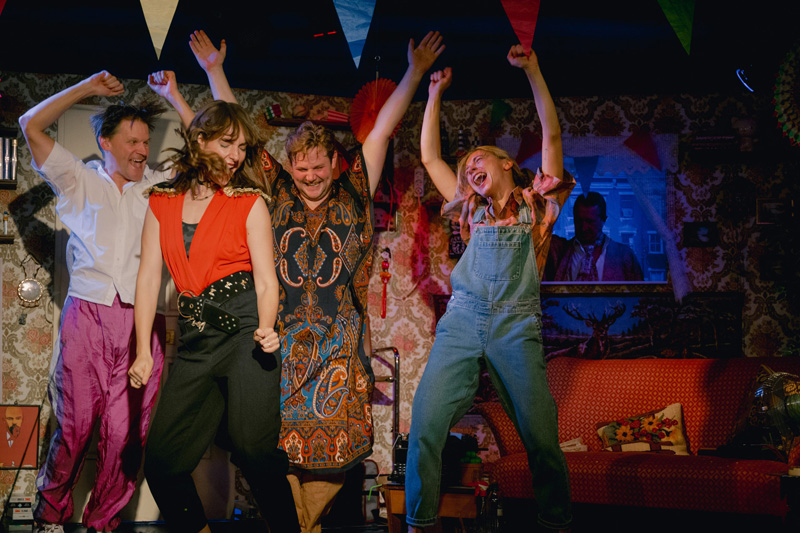 Despite the setting of a sitcom, the story takes a sudden turn when the professor, who owns the building they all live in, wants his neighbors to leave the apartment, which is when the conflict between him and Wanja begins. Wanja however sees this as almost a lottery win and an opportunity for a better life until he realizes that he once more got the numbers ‘9’ and ‘6’ mixed up. In the end, it is Telegin, who takes another look at the lease and reads the small print stating that whoever lives in that apartment has the right of residence for another ten years.

Bronski & Grünberg’s own Julia Edtmeir has written a clever adaptation of this classic. Her version is well served by crafted sets by Kaja Dymniciki and Mary-Jane Fritsch. Their designs resemble a ‘90s family-friendly sitcom with walls filled with flowers. Director Dominic Oley ensures that comic timing all round is sharp and there are exquisite slapstick sound effects. This production promises to be another hit for this off-mainstream theatre and reminds us that Chekhov is both humorous and tragic. 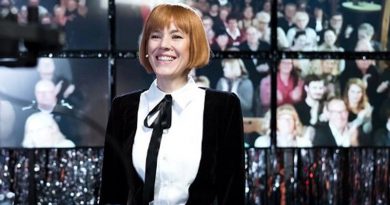 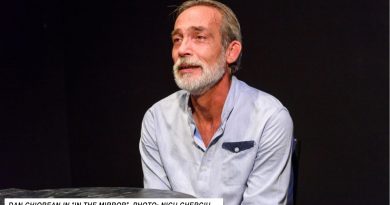 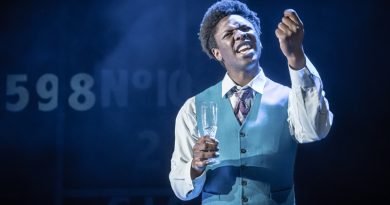 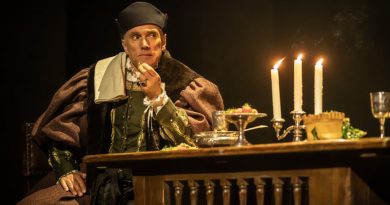